The Working Group (WG) Leadership, Communications and Talent Management was launched at the Leadership Event on 22 April 2015 in Basel. It focuses on the challenges of compliance professionals being leaders at their company and of business leaders at the company providing the right „tone from the top“ and forming the right culture.

Gabe Shawn Varges is chairing the WG which serves as a platform for discussion and exchange among ECS members and addresses chief compliance officers as well as others who work on organisational corporate culture, change and the motivation of managers and employees.

Upcoming and past events

The topic of discussion was,“Workplace Stress and the Compliance Officer”
Our interactive roundtable took place in Zurich Stadelhofen and was followed by networking drinks at a nearby locale. The event was sponsored by the WG Leadership, Communications, and Talent Management.

The ECS Working Group on Leadership, Communications, and Talent Management invited ECS members and guests to celebrate together during these challenging times. The discussion-based webinar focussed on the particular challenges compliance functions are facing as their companies work to cope with the Covid-19-related economic and other pressures. In addition to facilitating an exchange of practices, frustrations, and successes, the virtual cocktail hour provided everyone some online company and motivation.  There was a prize for whomever had the most creative drink during the Webinar!

The ECS Leadership Working Group met on August 31 for a lively and capacity-filled roundtable discussion under the heading of “Pushing up, Back, and Forward: How to Deal with Challenge and How to Challenge as a Compliance Officer.”

Chaired by Board member Gabe Shawn Varges, the roundtable touched on the various ways in which a compliance officer may face push-back, including from superiors. The pushback may come not only as to topics relating how to assess a risk, whether to investigate, or what to do in face of a violation, but also as to strategy, tactics, and resources of the compliance function.  Participants recounted instances when they, as compliance officers or internal auditors, had to face this kind of challenge and how they dealt with it.  Examples were also shared on how employees—fearing criticism—may also hesitate from raising issues. The importance of promoting a speak-up culture was also touched on.

The discussion then moved on to situations where the compliance officer himself/herself has to bring challenge to others. Many examples were given of how and how not do this.  One conclusion was that challenging requires, among other things, skill, tact, the ability to pick wisely which persons and battles to fight, and personal courage.

Following the discussion, the participants proceeded to a nearby wine bar for networking and a summer-closing drink.

The ECS Leadership Working Group held its third annual end-of-summer roundtable on September 1, 2017 in Zurich. An interactive event, the focus this year was on the challenges on compliance functions and leadership when a Swiss company comes into foreign hands. More than 20 participants from over 15 companies – including from organizations that had first-hand experience with foreign takeovers – contributed to the stimulating discussion, sharing their personal experiences and opinions on the compliance-related impact that mergers and takeovers can have on a company, its culture, and its employees, including those in Compliance. The discussion was led by ECS Board member Gabe Shawn Varges and was also attended by the other co-Chair of the ECS Leadership Working Group, Roman Mazzotta of Syngenta.

Participants shared various means for coping with these challenges, including early and more transparent discussions with employees. There was also discussion on the pluses and minuses of a long-transition period for the merged companies to gradually integrate, versus the GE model of having a very rapid integration, including on compliance values. One bottom line: whether or not the merger involves a foreign country or foreign culture, takeovers are always a challenge and can impact the work of the compliance function. On the other hand, it can also add new possibilities for more effective compliance if the right strategies are followed. The event was capped by a networking drink in a nearby locale.

This year’s roundtable was again oversubscribed. If you’d like to attend next year’s event, mark it already on your calendar! It will be on Friday August 31, 2018. To reserve a spot, write to info@ethics-compliance.ch, indicating your name, title, and company.

The ECS Working Group on Leadership met at the second annual End of Summer Roundtable in Zurich. Focused on the ethics of leadership, the roundtable allowed for interactive discussion on challenging ethical and leadership issues, particularly where the tone-at-the top is weak.  The “step-up” role of the Chief Compliance Officer was discussed as well as the intensified cultural efforts that are needed to deal with such situations.  Moderated by ECS Board member, Gabe Shawn Varges, and with a special contribution by Eva Häuselmann, the event was followed by more discussion over a networking cocktail reception.

Stimulating discussions at the ECS “End of Summer” Roundtable in Zurich. 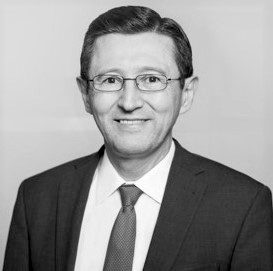 These are the upcoming dates for our Annual General Meetings:

If you are an ECS member, you are cordially invited to our Annual General Meetings! Each AGM is followed by discussion on current compliance topics and an networking Apèro.